Skip to page content
This is the BETA version of a new Digital.gov. Visit current site at https://digital.gov
Skip to main content

The site is secure.
The https:// ensures that you are connecting to the official website and that any information you provide is encrypted and transmitted securely.

The Office of Disease Prevention and Health Promotion (ODPHP) of the U.S. Department of Health and Human Services (HHS) has developed a bilingual online tool using audience research and iterative feedback. It was created to help adults increase their aerobic activity and strength training to meet the recommendations from the Physical Activity Guidelines for Americans. 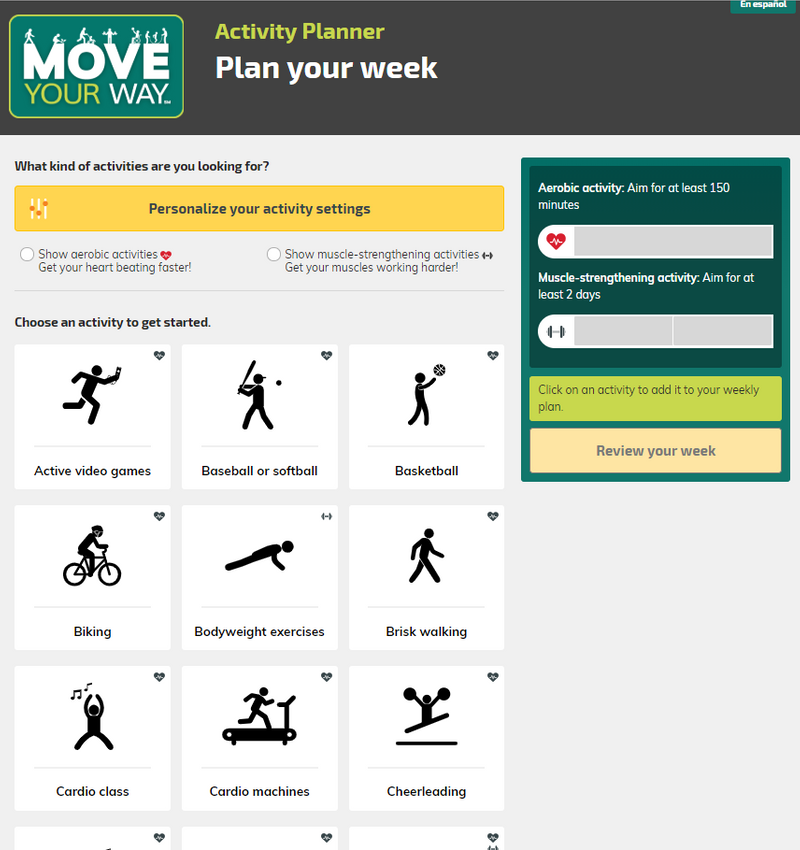 This case study is a walk through of how the ODPHP team, lead by Frances Bevington, partnered with Communicate Health (CH) to apply UX design practices to create health.gov’s Move Your Way Activity Planner. They share their process and lessons learned in creating this user-friendly, online tool.

1: Shape all processes around your target audience 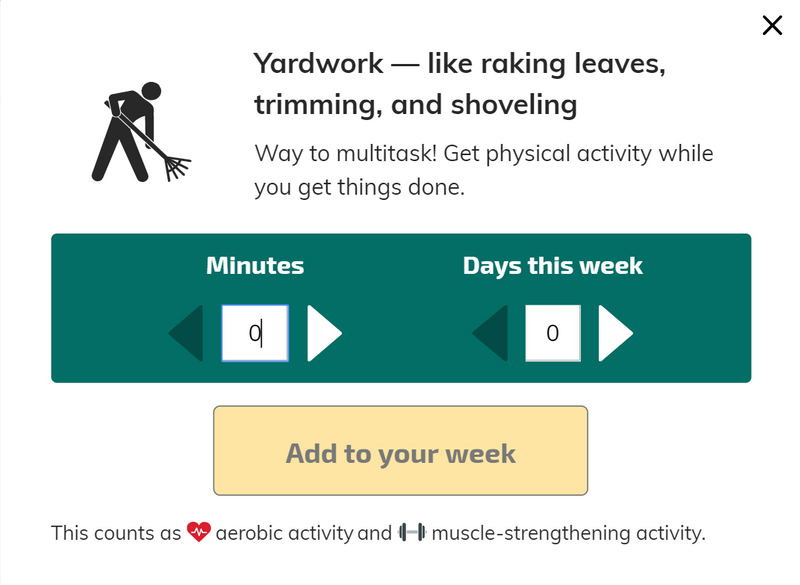 ODPHP and CH completed audience research to learn barriers and facilitators for physical activity among adult contemplators. They determined that this group needed help figuring out how to fit physical activity into their daily routines and break down the recommendation of 150 minutes per week into small, manageable chunks. Contemplators also did not like “one size fits all” recommendations. So, ODPHP and CH set out to develop a tool that would allow users to build a customized plan tailored to their preferences that would help them meet the recommendations their way. Users can pick filters that are aligned with top barriers and facilitators identified during audience research to narrow a list of suggested activities. Users can then select activities and specify duration and frequency when adding activities to their weekly plan. As users add activities to their plan, they can see their progress toward meeting the recommendations.

3: Lay it all out on the table (or, in this case, on your wireframes).

ODPHP and CH completed an environmental scan of existing physical activity apps and online tools before getting started. The scan shaped part of the tool’s direction and inspired many early sketches. But since this was a new, unique tool centered on meeting Physical Activity Guidelines for Americans, the crux of creation came from planning and ideation. Planning followed a user-centered design process, which involved iterating, feedback, and two rounds of user testing. In the first round, the research team presented three scenarios for which adults and parents might use the tool.

The table below shows three examples of Round 1 users and the scenarios that CH wanted them to work through with an earlier version of the online activity planner.

This method let ODPHP and CH gain insight into what worked well in these common situations and what needed usability tweaking. For example, users liked learning that everyday events, such as household chores, could count toward physical activity—a key idea that ODPHP hoped would be understood. More importantly, researchers learned why users were pleased; it made the 150-minute recommendation seem more attainable and “killed two birds with one stone.” This sentiment aligned with what ODPHP and CH had learned during audience research; that finding the time to be active was a top barrier. Learning the why can be important for future tool enhancements or marketing efforts. 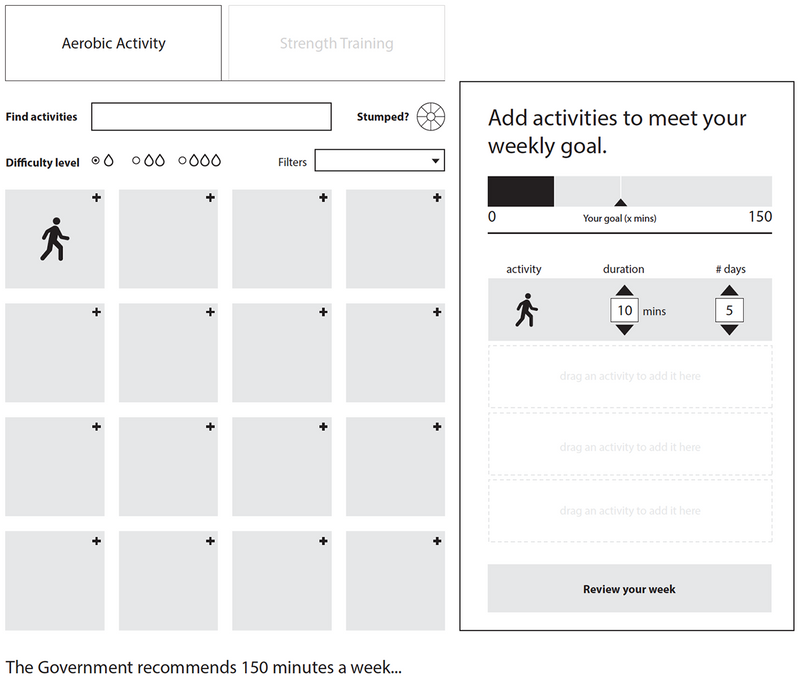 4: Clarify Wireframes vs. the Real Deal

Often, researchers might show simplified layouts, or wireframes, of an online product to testers. However, some participants weren’t familiar with the concept, which distorted feedback. For example, participants gave feedback about things “not working,” even after receiving explanations on the wireframe’s limitations. This prompted ODPHP and CH to consider areas for updating their usability research process. These included providing regular reminders to users about unfamiliar testing practices or only testing materials further along in the development process for certain populations.

By the second round of testing, some design teams might be near completion. For ODPHP and CH, that proved mostly true. At that stage, CH conducted one-on-one usability testing with English and Spanish speaking adults. Key items assessed included participants’ perceptions of the flow, functionality, and filters of the tool. They were also asked to give feedback on clarity and ease of use. Through this testing, ODPHP and CH determined that some activity suggestions were “too vague.” This led to adding simple details for each activity, such as how-to descriptions.

Additionally, interviewers found that users had trouble distinguishing which activities qualify as muscle-strengthening aerobic activities. To fix that issue, the icon designs were tweaked to further point out the differences (a heart icon for aerobic vs. a weight icon muscle-strengthening). Designers also added definitions for each activity, as well as providing a filter for them.

Ultimately, formative audience research and iterative feedback from the target audience throughout the process helped ODPHP and CH produce a solid, easy-to-use tool that met its design goals. With nearly 3,700 plans printed or shared since it launched, the new tool seems to be working for users, too.

Like what you see? Add the Move Your Way activity planner to your website with this widget, available in English and Spanish.

Have feedback or questions? Send us an email »

Digital.gov is a product of GSA’s Technology Transformation Services, and managed by the Office of Solutions.

TTS Solutions is a portfolio of products and services that help agencies improve delivery of information and services to the public. Read more

Additional information about the U.S. General Services Administration (GSA) can be found at https://www.gsa.gov/about

Have a question about government services?